Hosts:  David and Deanne Phillips along with Jim and Tina Hoover

Our gathering at Canyon Trail RV Park in San Marcos, TX, began with a welcome back meeting and a dinner of fajitas and all the trimmings provided by Sonny Falcon, the self-proclaimed inventor of fajitas and, therefore, the “Fajita King”. Sonny was a personal friend of our hosts, David and Deanne Phillips. They were assisted by Jim and Tina Hoover. Sonny explained how his dad had taken meat that is usually discarded because it is skirt steak that lies in a long belt and therefore seemed useless and turned it into fajita beef on his grill in the backyard. Apparently all those chicken fajitas you have been eating are not the real thing—they are chicken tacos! We had fifteen rigs present for our gathering,: Phillips, Hoovers, Moores, Cooks, Dave Evans, Jerry Smiths, James H. Smiths, Gambles, Denmans, Bobos, Laningas, Brians, plus three potential new member guests, Del and Ernie Lozano, Marilyn and Harold McEwen, and Lou and Bill Ward. We were also joined by two other couples as guests from the park—and we talked one of those couples into joining us at least temporarily to make the followup trip to Ft. Davis this coming week!

On Thursday, we toured the LBJ Presidential Library and then had lunch at El Mercado in Austin. Next came a tour of Bob Bullock’s Texas History Museum, which was very enjoyable.

On Friday the Phillips had arranged for a tour by glass-bottom-boat of the nearby Aquarena Springs. We rode across Spring Lake and visited the aquarium on premises. Some of us at been here years before with swimming pigs and underwater mermaids, but that was all gone, and it is now a quiet, serene water-conservation project which was very beautiful. We had a picnic lunch on top of the old historic Rogers Resort Hotel and then we hit the San Marcos Outlet Malls! Pot Luck dinner tonight was supplemented by Dave Phillips’ famous pulled pork sandwiches. Deeeelicious! We also celebrated Romola Laninga’s birthday with cake and song. After dinner, we tried out a new mystery murder game that Deanne Phillips had put together. What fun!

On Saturday, after a short executive meeting, we took off for Buda, TX to attend the local Weiner Dog Races and Festival! There was lots of music, food, exhibits and DOGS! This was something that none of us had on our bucket list, but now we can say we did it! What a riot! We toured old historic downtown Buda and bought a few mementos and the men enjoyed a visit to the huge Cabela’s nearby. Then we drove through the beautiful spring wildflowers and countryside to have dinner at Salt Lick Restaurant. It is a real Texas experience to go there, especially since the weather continued to cooperate and storms, though heavy, have all occurred after we are tucked safely into bed at night.

On Sunday, after enjoying some delicious cinnamon rolls from the nearby Mansky Bakery which Dave Evans got for us, we toured the Texas State Capitol Building, followed by a trip up to the top of the University of Texas Tower, where in 1966 17 students were shot by a random shooter. Today it was tightly secured and you are only allowed there by special tour. Beautiful Gruene, Texas was next, where we had dinner outdoors at the Gristmill Restaurant on the Guadalupe River.

Some rigs left on Monday, while others stayed on to meet up tomorrow with others of our group who are headed to Ft. Davis and beyond. If you missed this, you missed a good time. Thanks so much to the Phillips and Hoovers for doing such good work!

I hope you are all planning another trip this summer or fall to Michigan, Ohio, or Chama, NM. Until we see you again, remember to Travel Supremely! 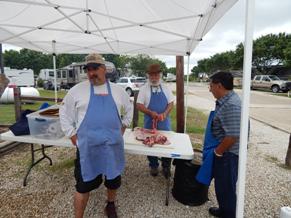 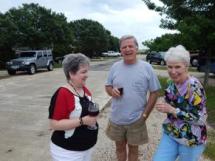 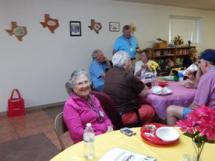 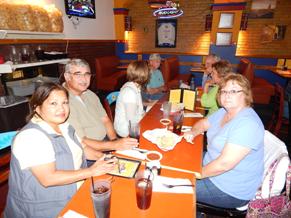 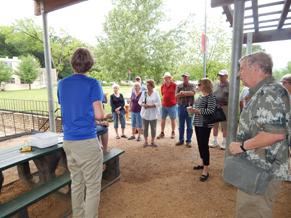 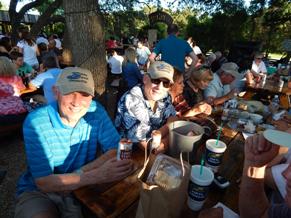